Comanche people have increased efforts in recent years to insure the language of our ancestors remains a constant part of everyday Comanche life.

Early attempts to maintain the language have been sporadic, with language classes and preservation efforts organized by individual tribal members, all working independently, yet with a common goal to teach and preserve the Comanche language.

To change the direction of the Comanche language. That change is to restore the NɄMɄ TEKWAPɄ as a living language once more and to take our language of heritage into the future. 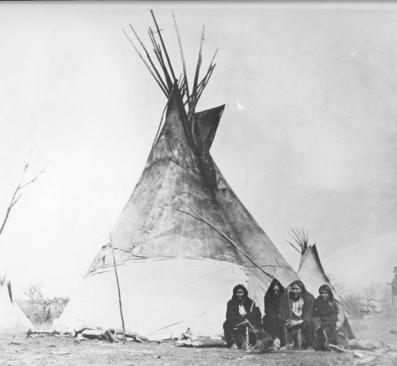 In July of 1993, the Comanche Language and Cultural Preservation Committee was formed with the vision of reviving the Comanche language into a "living language" once again. Most of our fluent speakers are elderly, and they are not being replaced with new, younger speakers as they pass on.

We want to change that trend and provide the opportunity for Comanche people of all ages to be able to speak, write and understand the language in order that it and our culture might live on.

Changes in the language began in the late 1800's when children were taken from their homes and placed in boarding schools. They were discouraged from speaking their native tongue, and disciplined harshly for doing so. This treatment was not unique to Comanche people, but with native people throughout the newly "discovered" America. Government policy dictated the civilization of the First Americans, in part, by denying them their language.
The children were taught the language of their parents and grandparents was bad. With this indoctrination, the language was not spoken in the home. English became the language of preference.